Deaconess program takes off with Zoom 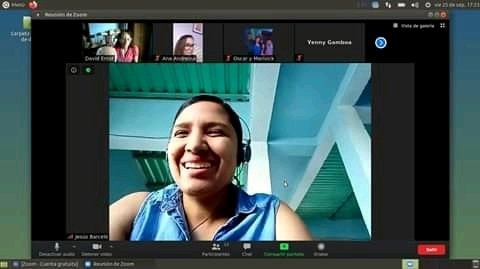 On September 25, 2020, Deaconess Danelle Putnam, coordinator of the deaconess program, presented a study of the Gospel according to Luke.
at Concordia El Reformador Seminary in the Dominican Republic. Luz Maria will work with Pastor Ángel Eliezer Mendoza, director of the Juan de Frias Theological Institute, in facilitating the expansion of the program in Venezuela by mentoring about 50 women.

Severe travel restrictions due to the COVID-19 pandemic have pushed Internet videoconferencing to the fore as a replacement for cancelled events, regular meetings (including worship services) and social contacts. The technology already had seen considerable development since 2003, when the now venerable Skype software appeared. Skype set worldwide usage records throughout the 2010s, and in March 2020 posted a 70 percent increase in the number of daily users from the previous month, because of the response to the pandemic.

But Skype is not the only videoconferencing alternative. There is both Facebook and Google voice chat. However, the one that has rapidly advanced to the front of the pack, based on ease of use and innovative features, is the aptly named Zoom software. Introduced in 2013, Zoom software also saw a significant global increase in usage following the introduction of COVID-19 quarantine measures.

Luz Maria and I were introduced to Zoom through our affiliation with Global Lutheran Outreach two years ago. Since then, we have used the software for online meetings with other organizations, including LeadaChild last month.

In Lutheran tradition, deaconesses are women dedicated to the service of the church in various ways with the theological formation to provide as spiritual as well as physical comfort to suffering and needy people. Because of their level of theological study and record of service, Luz Maria and Elsy Valladares de Machado of Caracas were the first women formally recognized as deaconesses by the Lutheran Church of Venezuela in 2007. That same year they helped Deaconess Rosie Adle of Concordia Theological Seminary, Fort Wayne, Indiana, conduct a seminar for other women seeking to become deaconesses. Luz Maria and Elsy traveled to a Latin American Deaconess conference in Buenos Aires, Argentina, in 2009, sponsored by Lutheran Church – Missouri Synod World Missions.

In 2016, Luz Maria and I traveled to the Dominican Republic for the kickoff of the Concordia El Reformador deaconess program. Deaconess students from Guatemala, Mexico, Panama, and Venezuela attended a three-day course on the letters of St. Paul. Deaconess Ginnatriz de Mendoza, Pastor Ángel Eliezer’s wife, taught the course. She trained as a deaconess at Concordia Seminary, Buenos Aires, Argentina, where her husband graduated. The Dominican seminary’s program now involves 140 women in five countries.

Still stones in the road


But the deaconess program in Venezuela has faced the increasing risks and uncertainty of travel to, from and within the country, even before the pandemic. DSL and fiber-optic lines are hard to obtain and more people have to rely on wireless Internet. But wireless Internet connections in Venezuela are among the slowest and most unstable in Latin America.

For several years we have relied on 4G wireless Internet service from Movistar, a cellphone company. This worked well in the beginning, especially because during the power blackouts, the wireless service would last up to six hours after the power went down (in comparsion, the DSL line we use to have would go down as soon as the electricity. Then DSL service disappeared altogether).

However, with the imposition of COVID-19 restrictions, Movistar's data load tripled in one month and has deteriorated accordingly. The main reason why Movistar's data load tripled, I believe, is because all schools, from preschool to university level, were closed for the remainder of the school year and students were directed to complete their studies online. The situation is unlikely to improve because the schools have been opened "online" for the new school year and will not physically open their doors until January.

Now we only have service for an hour and a half after the power goes down, which it does every day for at least four hours. Even when we have the signal, transmission often becomes very slow, which makes videoconferencing difficult.
Over the past two weeks, however we have been unable to participate in live Zoom conferences and have had to listen to the recorded sessions instead. We are not the only ones with this problem.

For some time we have investigated the possibility of a direct uplink to the Internet though satellite antenna. We know that there are people here who have this service, but it has proven difficult to find someone whil will install the equipment for us. We currenlty are working on a lead that just might accomplish the installation within a week or two. 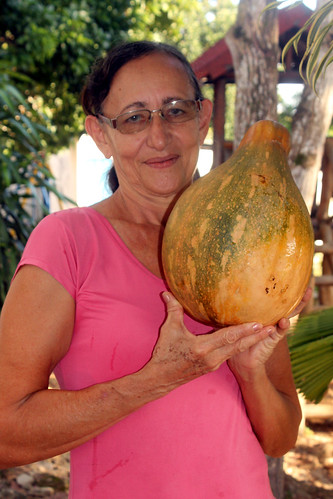 Raise the song of harvest home!

Meanwhile, 30% of Venezuelan children under the age of 5 suffer from chronic malnutrition. The coronavirus pandemic has aggravated the hunger problem in many countries and the Food and Agriculture Organization of the United Nations (FAO) has warned that the crisis could lead to an increase from 83 million to 132 million in the number of malnourished people in the world in 2020. One of the countries most seriously affected is Venezuela. But, thanks be to God, we are able to continue the distribution of food from our small plot of land. Currently we are sharing eggs from our chicken coop, cassava and plantains (alternatives to potatoes in Venezuela), auyama (giant squash) and peppers. 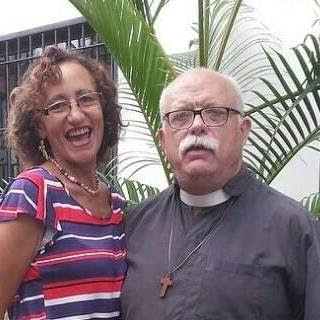